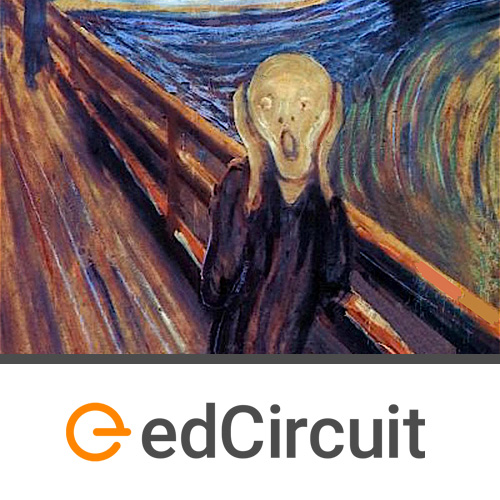 I didn’t know it would be like this: Organizations and Edvard Munch

I have a client who is just sad. Her department heads can ‘get away’ with doing unethical things that aren’t fair. I have a friend who can’t believe ‘what is right’ isn’t valued by her supervisors. And, I have a colleague who figured out how to do more of what she feels like doing as an independent contractor and plays fewer organizational games. Each one moved up into leadership positions from the classroom – realized adults are challenging to work with in different ways than students and they all got demoralized.

In their book Survival of the Savvy: High Integrity Political Tactics for Career and Company Success, Rick Brandon and Marty Seldman gave us some very thought-provoking questions that help leaders recognize their political blind spots:

I remember someone asking me why politics needs to even be in schools at all? Because according to Merriam-Webster, ‘polis’ is a society characterized by a sense of community’ and we are a community. Tag, we’re it. So why is it that when folks move up into team lead positions or into administration or from a school to the district office they start realizing ‘The Scream,’ a picture by Edvard Munch, is real? Can things be that bad? Welcome to the politics of education 101. Swimming in the deep end of the pool requires you to understand that we aren’t going to always be in the position to realize.

One of my cognitive crushes is on Dr. Robert Marshak. Marshak, author of Covert Processes at Work, was one of the many I have learned from that opened my eyes from beyond the egocentric and allocentric to another lens; the organizational lens. Beyond the clear outcome we are looking for, which Marshak terms the ‘rational logics,’ we should consider the politics around the change you are trying to speak to. Anyone having an organizational hard conversation, which involves many people (whole school staff, district admin, entire district initiative) should ask:

Remember, the rational isn’t always what is at play.

This post was originally published on the edCircuit blog where Jennifer is a featured columnist.