The Deep End: You Have Permission 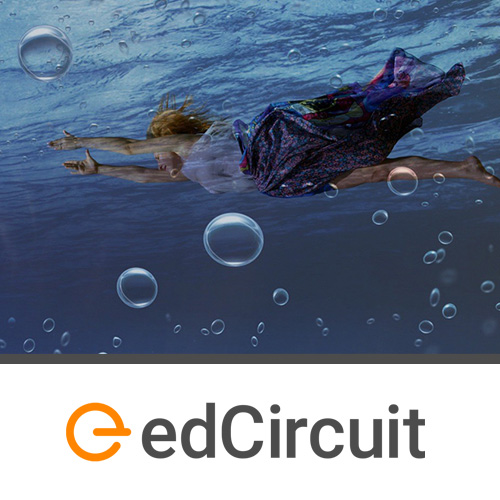 I have been doing some Tweet reading this past month. Scrolling through short bursts of support and fast boosts of encouragement. Many of my speaker-colleagues are receiving accolades and acknowledgment. These folks are giving talks and ramping up support for new ideas. Work on being a model school or getting a new mindset. Change things up and move ahead. As I read the Tweets and see the photos from events, educators are celebrating ‘Career Heroes’ and taking photos with ‘Edustars.’ They want to stand next to those who have inspired them, who give them permission to take a risk.

I can’t disagree with the need educators have to hear the words, “Try something new.” Many districts and schools aren’t innovative or risk-taking. They are living in the past and they like it that way. I can see how important it is to be encouraged and to feel like you have permission. But you have to start giving that permission to yourself.

I sought guidance from those who went ahead of me. Two moments changed me into a self-permission, deep-end individual.

I went to a colleague’s office and her work space was a mess. Books leaning haphazardly on shelves. Files on the floor. Papers all over the desk. It was messy and inspirational. You could have it ‘together’ while not having it together at all. But what struck me was the nail polish I saw on the desk. When I queried her, my colleague said, “I sometimes get bored on conference calls. So when I do, I paint my toes.” Paint your toenails?! That is okay?! Fabulous. Count me in as a leader.

Co-planning a workshop with an esteemed colleague. Author, internationally known. I asked him about his process of writing a specific book, which had influenced so many. He told me in his straight up fashion, “We got our ideas together and then we made the s—t up.” What?! You thought about it and then just WROTE IT UP?! That was it. I had permission to do the same.

I wrote a few books. And in the middle of a workshop in which I shared some work I created in my former district, a participant asked “Did you have permission to do this with your teachers? Did you ask the Board about this? The superintendent?” It had never occurred to me. I already had permission from myself. The deep end of the pool thinking had seeped in.

Every day I see keynoters who are getting their photos taken with fans who burst with joy and nervousness seeing the speakers up close. It makes me giggle and then smile. We all need to see they aren’t too different from us. Actually, they are more similar to us than you might think. They just gave themselves permission. And so can you!

Swim in the deep end.

This post was originally published on the edCircuit blog where Jennifer is a featured columnist.