“City, Bike, Cow, School, Of Course” & Other Lessons in Being Allocentric

Being more allocentric or at least trying to be more allocentric has been a big focus of my personal and professional work this past year. Being allocentric is to be ‘other-focused’ – to try to understand how someone else might see the world differently than you do. In order to collaborate and communicate more effectively, we must be more allocentric. It’s an essential skill and mindset.

From the silly to the not so silly – here are some ways my ability to be more allocentric has increased recently.

Derek Rhodenizer, director of academics at Westboro Academy in Ottawa and podcaster extraordinaire with his work featured in “Beyond the Staff Room,” dined with me on my trip to Ottawa and casually mentioned the Canadian practice of putting milk in bags. Yes, Americans, milk in bags – small plastic bags that take up less space. See photo below. You put the bag into a container you have ‘at the ready’ in your kitchen and swap out the bag when the liter is done. Less space and possibly less waste than a carton. Huh. Who knew? 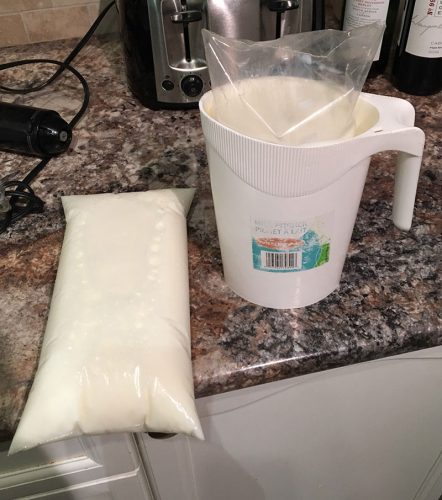 My taxi driver in Leiden, Netherlands informed me that there is a political party in the Netherlands that protects animal rights. The Party for the Animals: “The Party for the Animals (PvdD) is the first political party in the world that does not put the short-term interests of man in the pivotal position, but the entire planet and all her inhabitants instead.” Hmmm…

Holland loves their cows. Cows are not allowed to be inside for more than 180 days in a year. When they come out on a day in April, the cows do the ‘koeiendans’ (cow dance). As the “Stuff Dutch People Like” website states, “Farms throughout the Netherlands will pick a date to let their cows out into the pastures and announce it to the public via websites, etc.. On this special day, typically on a Saturday in April, the barn doors are opened and the cows sprint out towards the green pastures. You can’t help but smile as you watch the cows literally jumping for joy as they reach the green grass, also known as the ‘koeiendans’ (cow dance).” Great video on the website. A must watch. Does your country have a law around a cow’s need to be outdoors? Huh.

The Dutch taxi driver also seemed to be surprised by how delighted I was while on our commute with the idea of a city with so many bikes, next to a pasture, and cows and then a school. “Well, we should be biking. It is better for the environment. And, “We must have everything close, like city next to country. After all, we are a small place.” City, bike, cow, school. Of course. 🙂

In Ontario, educators retire at any time in the school year. For example, a principal can give 2 weeks notice and retire on any given Tuesday 14 days from that date. I imagine the USA ‘allows’ this too, but it isn’t the norm in any state in which I have worked. In Ottawa, a principal and a vice-principal were at my session and they had started working at their school three weeks earlier. It was November. Yes, Americans, new administration joined the school in October – 7 weeks into the school year. US citizens might be puzzled. Not those who are living within that system. For others, it’s normal. And it works! Huh….

I promise you I am not being too rose-colored glasses with this allocentrism idea. There are many things that are educationally and professionally unsound, physically unsafe and emotionally damaging for which I don’t advocate nor with which I agree. I am just trying to see with new lenses more often. Here is to a 2018 in which our eyes are opened to many new ways of being and living. Cheers!

If you have any questions, comments or topic suggestions, please feel free to email me at Jennifer@jenniferabrams.com. I look forward to hearing from you!

On my bookshelf and suggested by colleagues:

Extreme Measures: Finding a Better Path to the End of Life by Dr. Jessica Zitter. “Extreme Measures charts Zitter’s journey from wanting to be one kind of hero to becoming another—a doctor who prioritizes the patient’s values and preferences in an environment where the default choice is the extreme use of technology.”

Rookie Smarts: Why Learning Beats Knowing in the New Game of Work by Liz Wiseman. “Rookie Smarts addresses the questions every experienced professional faces: “Will my knowledge and skills become obsolete and irrelevant? Will a young, inexperienced newcomer upend my company or me? How can I keep up?” The answer is to stay fresh, keep learning, and know when to think like a rookie.”